With lots of talk about labour as a few friends are currently pregnant, I began to think back to when Zaedyn was born. This is definitely not the memory I expected to have, however this image is not negative despite what it may seem. Yes being in labour and getting into an ambulance usually does not appear very good, but this was not the case here. I prefer the sunshine, but barefoot with a singlet and wrapped in a sarong…It was definitely me. Being surrounded by this crazy weather, I am sure this is why Zaedyn loves the rain!

As I have previously mentioned, I went into labour late at night only to expect labour to continue for a very long time. With David mostly sleeping and time passing as I hopped in and out of the shower, I was at the point where I knew that something was wrong or that baby’s head was pushing down. As we had not realised what stage we were at, we had not seen our midwife yet. With one phone call our midwife turned up for the first time throughout my labour, my waters broke, and she told me that the head was right there. I felt relieved. I knew that we were that much closer to holding our baby. With no back up for a home birth and the rain pouring down heavily, the decision was made to take an ambulance to the closest place we could make it to: Matariki. David followed along in a car behind us so that he could take my parents. He was told that if we pulled over on the side of the road to pull over as well as we were having a baby.

As my midwife told me, it is all about how you visualise. My determination and perseverance to have a natural birth is what kept me going. Driving up in the ambulance was actually quite brilliant. I was not stuck sitting down and could continue kneeling and leaning forward to help support me through labour. It amazes me how I can think back to everything, yet it also seems somewhat surreal. The time was slow yet passed so quickly.

The things that I am glad I had during labour: my comb (for acupressure points in my hand), hot water, and husband by my side. Everyone has a different story, a different idea, and a different outlook or meaning behind labour and birth. I chose to embrace labour with an open mind and heart and know that in the end I would have a beautiful baby to hold and love. This mindset empowered me to get through and to be positive in my progression through labour. Although I knew that sometimes situations are unavoidable, I had made my mind up from the start that I was going to have a natural birth.

I am not judging anyone on their own choices or way situations may have turned. Who knows what might happen if I end up in labour again. My point, however, is that your mind is powerful and there is a lot that you can do to support yourself through a natural and positive labour. This also starts before labour. I believe that what you do while you are pregnant can impact your labour. The best advice given to me was NOT to lean back, relax, and put your feet up as most people tell pregnant women. I was always conscious that I was leaning forward and sleeping on my left side in hopes that this would help prevent me from having a caesarean or long labour. I often sat on a swiss (Pilates) ball. Although some people can put their feet up and still manage to have a quick natural birth, these practical steps come together to support baby to get in the optimum fetal position.

I am convinced it works. Are you? What helped you, your partner, or someone you know get through labour? 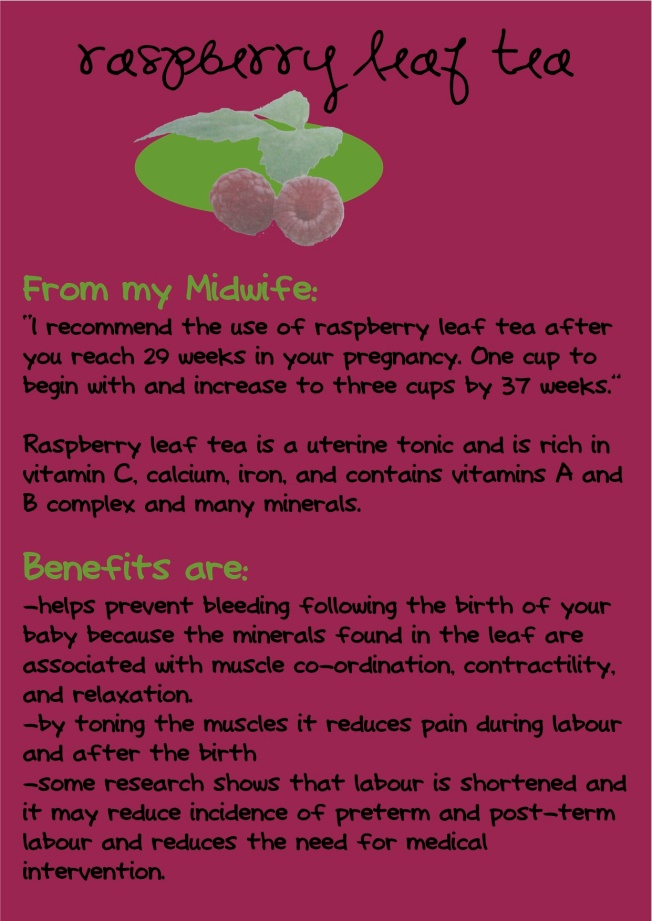 With an interest in tea lately, I was thinking back to raspberry leaf tea. Not everyone is open to the idea, purpose, or taste, but I loved it! Anything to possibly help reduce labour time and complications, I was all for it. Thanks to my amazing midwife for the information listed above about raspberry leaf tea that was included in my folder. I used to make it up by the litre or so and drink it over ice. Yum! Let’s just say, drinking up to three cups a day by 37 weeks was not exactly hard for me.

In my own personal experience, my labour time was definitely reduced, but I did not benefit from the prevention of bleeding after birth as I had a postpartum hemorrhage. Do I still believe in raspberry leaf tea & recommend it to others? Of course. Just look at the vitamins and minerals it contains. That alone is a good enough reason to drink the tea. Raspberry leaf tea is one aspect of preparing your body for birth, and I would not say that the tea does not work just because it didn’t prevent bleeding for me. The shortened labour and reduction of pain was relevant in my labour. I spent the majority of labour at home, starting late at night and thinking that it was going to be a long time and well into the following day before we drove to the birthing centre. Everyone seems to tell you that labour with your first baby is very long time, but Zaedyn Tai was born that following morning at 3:58. Everything happened so fast. I thought that the pressure was either baby’s head or that something was wrong. We rung our midwife, and not able to have a home birth as back up was away, we took the ambulance up only to get there and have Zaedyn born into this world not long after. The ambulance drivers said that I was the most calm woman in labour that they had ever seen. How did I get through the pain of labour? Squeezing a comb in my hand during contractions to hit acupressure points and a hot shower. That’s it! Oh, and 1 dose of homeopathic remedy supporting birth.

As I mentioned before, everyone is different and the tea may or may not work the way that you expect or hope. I cannot promise you any outcomes, but I just wanted to share this information with you so that you know the possibilities from drinking raspberry leaf tea. Seems like an easy way to promote natural childbirth in my opinion, and you and your baby will benefit from the goodness of the tea as well. Lastly, you can continue to drink your leftover raspberry leaf tea after you have had your baby. I planned on bringing some with me to the birthing centre, but we were in a bit of a rush!

If you are considering drinking raspberry leaf tea, remember not to start too early or drink too many cups early on and consult with your midwife or care. 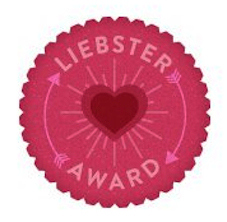 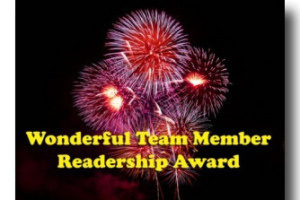